Here's what China's dogs and cats want you to know.

We know that creating compassion for animals, especially dogs and cats, is the key to ending the dog and cat meat trade globally. Unfortunately, many children raised in the dog and cat-eating regions in China are not exposed to pets. Our programs have proven that when children are exposed to dogs and cats- when they hold them, feed them, and take care of them at our shelters - they are less likely to engage in animal abuse and enter the dog and cat meat trade. Exposing mo
108 views0 comments
Tamara Birdsall

Could there be a silver lining? Ms Fu, a resident of the Shangrao neighborhood in China’s Jiangxi province, was forced to quarantine because her community was designated as a Covid-19 controlled area due to a handful of positive cases. While isolated in a hotel that did not allow pets, Ms Fu watched via her apartment’s security camera as covid prevention workers broke into her apartment in order to sanitize it. Ms Fu had been assured that nothing would happen to her beloved c
63 views0 comments
Jun Ong

The Mudanjiang shelter that the generous donors helped build got a few sunny days before the cold front hit. All the dogs were out and about to enjoy the precious few sunny days left in 2021. Remember Mudanjiang has a long and cold winter because it's under the Siberian front. January is the coldest month with the average high only going up to 12°F and and as low as 2°F Tu-Dou (potato) is enjoying the sunbath so much and is very happy that she got the prime spot. As we all
17 views0 comments
Jun Ong

A GOLDEN RETRIEVER LEFT BEHIND IN YULIN

In 2014, while in Yulin (where the infamous dog meat festival is held), Duo Duo's founder Andrea Gung met an 8-year-old boy named Xiao-Yi. At that time, he was terrified of dogs. So when she recently received a photo of him and a golden retriever, she was almost in tears. He wrote that this really gentle golden retriever, GeGe, made him fall in love with dogs. The story began in 2014, one day after the horrible dog meat festival. Andrea was getting ready to leave Yulin with a
96 views2 comments
Jun Ong

UPDATES FROM OUR MUDIANJIANG SHELTER

Duo Duo Project has a nice shelter in Mudanjiang, China (MDJ), which is known as a dog-eating city second only to Yulin. MDJ is under the Serbian cold front, so when the weather is nice and warm, we have many visitors coming to our shelter. Thanks to our supporters, we are able to give a t-shirt to each visitor. We don't have kids' sizes yet, however as you can see from these photos, the little folks look so cute in our "gown"! Our shelter provides youngsters with unforgettab
119 views7 comments
Jun Ong

NO MORE DOGMEAT ON TO GO MENUS

Thanks to DuoDuo team, our donors, and local animal organizations in China, dogmeat has been removed from all food delivery services. Pushing for a nationwide animal welfare law in China is the focus of our legislative action campaign, one leg of Duo Duo Project's 3-pronged approach (Legislation, Spay and Neuter, and Education). Any kind of legislation is always very difficult and takes time, and even more so in an authoritarian system. But there are other things we can do. F
215 views1 comment
Jun Ong

TNR (Trap, Neuter, and Release) has been well-practiced in cities that have large stray cat populations like Beijing and Shanghai for years, but Yulin and Mudanjiang (dog-eating cities) are lagging far behind. Due to limited resources, we have not yet started the TNR training and projects in those two cities but it will be on our after-Covid project list. As of November 2020, it is estimated that there are around 3 million stray cats in Shanghai. We are so proud to work with
37 views0 comments
Andrea Gung

Duo Duo Project has a year round campaign in Yulin: Yulin365.

Because unfortunately, some Yulin people eat dogs year- round, not just on the "festival" summer solstice. Our team works on the ground in Yulin year round to humanize dogs - to help people see them as family and not food. One of the popular and effective events of our Yulin365 campaign was "Up Close and Personal with Doggie and Kitty Cat". For some of the kids, it was the first close-up encounter with dogs. We all remember how thrilled we were when we first experienced ho
51 views0 comments
Jennifer McDevitt

A REVIEW OF ANIMAL WELFARE IN CHINA

In this article, part 6 of 6 of our Yulin blog series, we will look at animal activism in China. CHINA’S YOUTH ACTIVISTS One of the key messages from animal welfare groups and activists in China is that the dog and cat meat trade is not “cool”. This message is aimed primarily at China’s youth population, who largely have not experienced the same type of hardship as their parents and grandparents during the Mao era. This generation has generally had more exposure to internatio
59 views0 comments
Jennifer McDevitt

WHAT HAS BEEN THE RESPONSE TO THE YULIN FESTIVAL WITHIN CHINA?

In Part 3 of the Yulin series, we saw how a large percentage of dogs that end up in the dog-meat trade are stolen pets, and how the remainder are either strays, or pets that are sold by their owners when they become old or sick. We also learned that while over 10 million dogs and 4 million cats are slaughtered and eaten in China annually, dog- and cat-meat is not popular, and the majority of people have never eaten it, or have only tried it very rarely. In this article, part
55 views0 comments 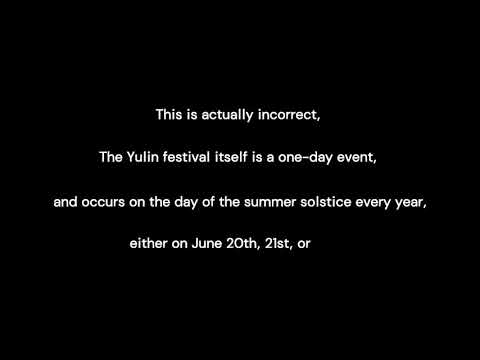 HOW LONG IS THE YULIN FESTIVAL IN CHINA?

WHERE DOES THE DOG SUPPLY FOR THE YULIN FESTIVAL COME FROM?

Last, week, in part 2 of this series, we learned how over 10 million dogs and 4 million cats are slaughtered each year in China. So surely an intensive factory farming industry must exist to meet the enormous number of dogs and cats that are killed annually. There must be a huge number of well-regulated dog and cat meat farms where dogs and cats are bred and raised through to slaughter age, and given appropriate medical care and vaccinations to ensure that there are no health
339 views0 comments
Jennifer McDevitt

COLD, HARD FACTS ABOUT THE YULIN FESTIVAL IN CHINA

In this blog, part two of six of our Yulin Festival series, we will look at statistics from on-the-ground activists and animal welfare organizations tirelessly working to put a stop to the barbaric Yulin festival. LET’S LOOK AT THE NUMBERS & FACTS FACT #1: Approximately 10,000 dogs are slaughtered each year for the “festival”. During its prime years, circa 2014- 2016, it was estimated that approximately 10,000 dogs were slaughtered every year for the Yulin festival. In 2020,
620 views6 comments
Jennifer McDevitt

ORIGINS OF THE YULIN FESTIVAL IN CHINA

Learn about how the infamous Yulin Dog Meat Festival began. Join us in the fight to end the dog and cat meat trade forever.
863 views1 comment
Jennifer McDevitt

WHY CHINA SHOULD LOOK TO THE U.S. AS A MODEL FOR SPAYING & NEUTERING

In part 1 of our Spay & Neuter series, we reviewed the history of spaying & neutering in the U.S. and why it’s been successful. Today in part 2, we will take a closer look at who oversees spaying and neutering in the U.S. and why it’s important. WHO PERFORMS SPAY & NEUTER IN THE U.S. Spaying and Neutering of animals is performed by animal shelters and animal control agencies, by community-led efforts such as TNR (Trap, Neuter, Return), and most commonly, by private veterinary
82 views4 comments
Jennifer McDevitt

WHY SPAYING AND NEUTERING IS CRITICALLY IMPORTANT TO DUO DUO PROJECT A crude fact: a more plentiful supply of dogs and cats means a greater supply for the illegal dog and cat meat slaughterhouses in China. Some would say it boils down to somewhat of an economic quandary: basic supply and demand. This is why Duo Duo Project is gearing up to launch a first-of-its-kind spay and neuter program in China. It’s goal? To decrease the overall population of stray dogs and cats which wi
84 views0 comments 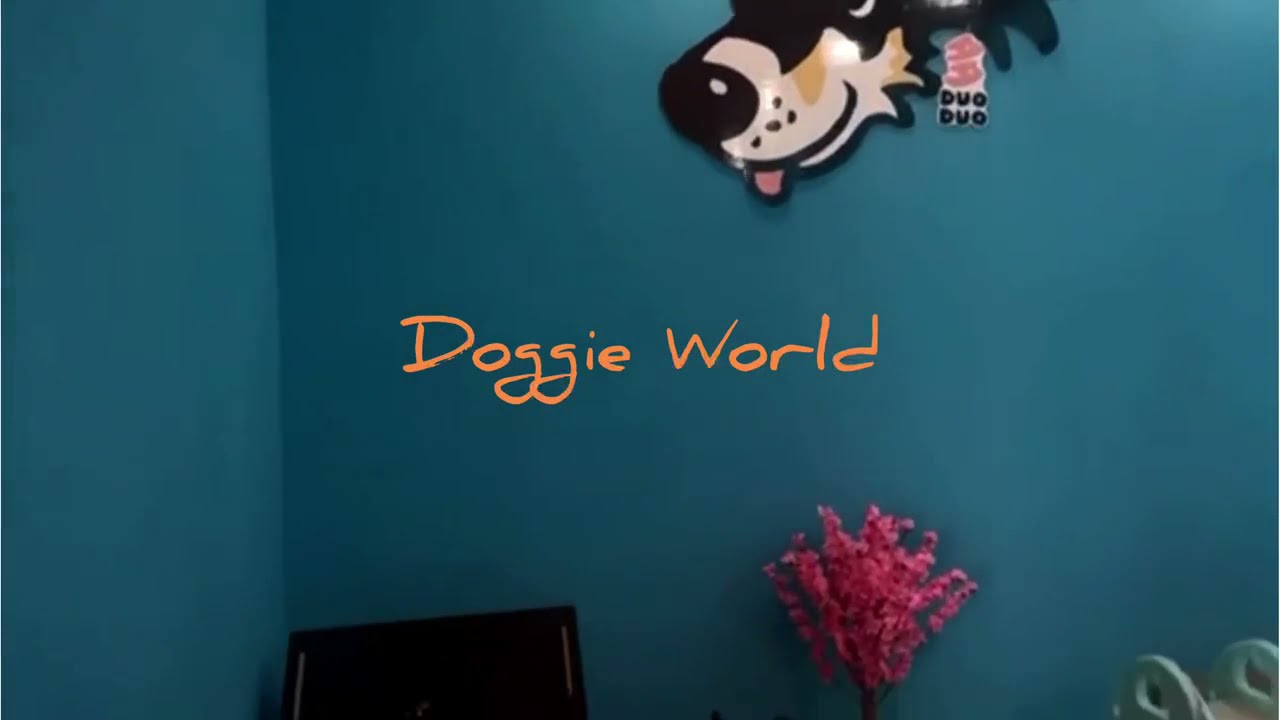 Our MDJ Youth Center is COMPLETE!

Can you believe it?! Our Mudanjiang Youth Compassion Center is finally complete, and we couldn't have done it without your help. Check out the video below to see how it all played out! We still need to add all the finishing touches! To help us with supplies and equipment, donate to us here.
72 views0 comments
Andrea Gung

The one question we always get...

"Why do we need to care about the dogs in the dog meat trade in Asia when we have so many dogs in our own shelters?" This is a question founder Andrea Gung discussed during the Duo Duo Project Virtual Gala on March 20. It's a question many Duo Duo supporters have been asked over the years. Our favourite answer to this question comes from Eric Peltier, a professional filmmaker, and pet dad to our mascot, Duo Duo. Eric has worked with Duo Duo for many years, and accompanied our
56 views0 comments
Andrea Gung

On March 7th, approximately 238 cats and 17 dogs were rescued from a hidden shop in a market in Jiangmen (江門), 800 miles from where a cat was stolen, in Shanghai. Thanks to a GPS collar worn by the cat, "Yellow Spots", and to a devoted cat lover who put the collar on that cat, Yellow Spots was finally located in Jiangmen. This cat was part of the Shanghai TNR (Trap, Neuter, Release) program. The feeding lady (Compassionate Mom is the title for those feeding ladies in China) h
428 views0 comments
Andrea Gung